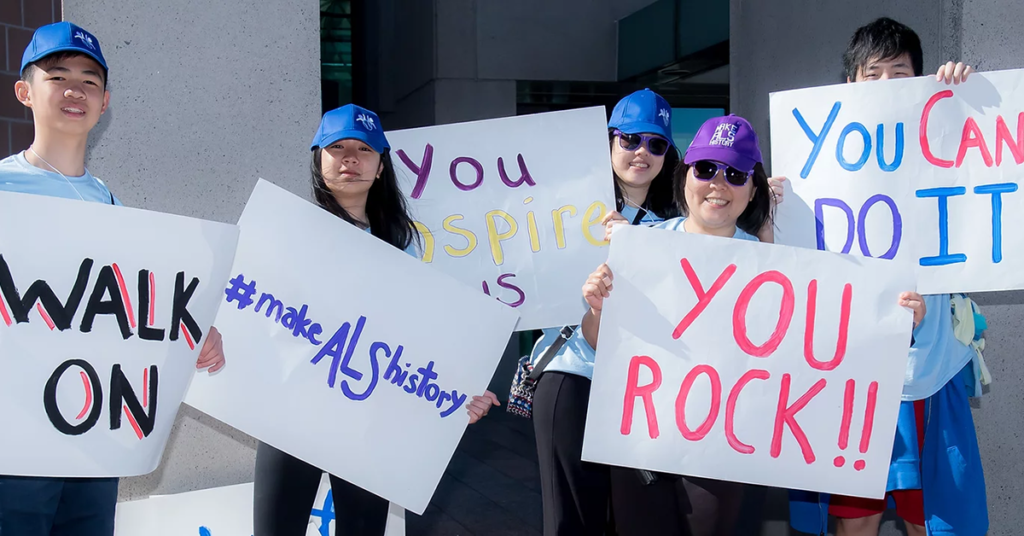 The Walk for ALS is back! ALS Double Play is hosting the Fifth Annual 5K Intentional Walk for ALS in Downtown Markham on Saturday, June 4th.

ALS Double Play raises funds and awareness in support of research for amyotrophic lateral sclerosis (ALS), a debilitating neurodegenerative disease that affects voluntary muscles. Despite gaining worldwide attention with the ALS Ice Bucket Challenge, much is still unknown about the disease, although monies raised from the viral video campaign have led to promising new treatments.

REGISTER TO WALK | MAKE A DONATION

Cherrie-Marie Chiu, founder of ALS Double Play, says the work is just beginning. Chiu, whose brother Christopher first started experiencing symptoms of ALS at age 31, started the charity and walk to raise both funds and awareness for the disease. Christopher attended the first walk in 2016, despite having just had surgery to insert a feeding tube.

“Christopher was worried that after he left us, we would stop talking about him and telling his story,” says Chiu. “He said that if everyone did that, if everyone who lost someone to ALS stopped telling their story, nothing would ever change for the disease.”