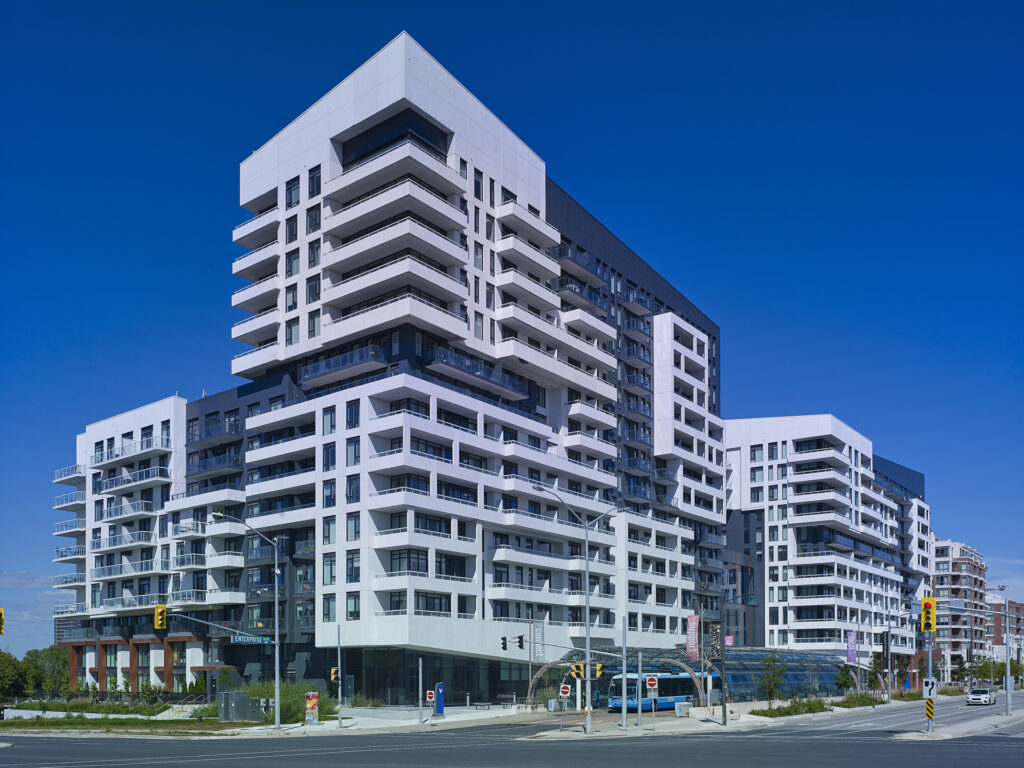 Downtown Markham was a double-winner at the 2021 Markham Design Excellence Awards, capturing the coveted Community Design Award in addition to claiming the Urban Intensification Award for the development’s latest condo project, York Condominiums. The best in local urban design, as adjudicated by a distinguished independent panel, was honoured during a virtual awards gala this week that featured Mayor Frank Scarpitti “handing out” the awards.

“Markham has a longstanding tradition of celebrating design excellence and this year’s Markham Urban Design Excellence Awards honours those in our community making significant contributions to our public realm and urban form,” said Mayor Scarpitti. “The City of Markham extends our sincere appreciation to design leaders that are putting Markham on the map.” 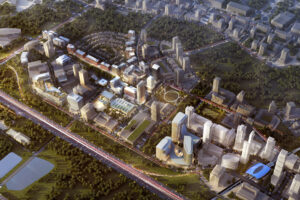 Christopher Bratty, President of Land Development for The Remington Group, was thrilled with the honours, noting that a project of this magnitude requires a great deal of collaboration and cooperation with various levels of government, including municipalities.

“We’ve worked very closely with the City of Markham as our plan for Downtown Markham has evolved and see this as a true partnership,” says Bratty. “It has been so great to see this project come to life after so many years of planning and while it is beginning to take shape as envisioned, it has also evolved as the community has grown. We are truly fortunate to be able to work together with the City of Markham to address the changing needs of the community, while staying true to The Remington Group’s vision for Downtown Markham.”

The Community Design Award is given to a plan that creates a model for a compact, pedestrian-friendly community while fostering a sense of place, the very tenets behind Downtown Markham – a unique mix of high density residential, commercial and green space under development by The Remington Group. Ideally situated for its proximity to major highways and public transit, the master-plan for the 243-acre site at Warden and Hwy 407, features condominiums, manicured parks, public spaces infused with art, a dynamic retail mix and thoughtful access to adjacent Rouge Park.

York Condominiums, a three-tower project at the corner of Warden Avenue and Enterprise Boulevard with a Viva Transit hub on its doorstep, has emerged as the western gateway to Downtown Markham. Winner of the Urban Intensification Award, the BDP Quadrangle-designed project truly demonstrates a strong urban presence through exemplary place-making and efficient use of public infrastructure.

In turn, the newest residents of Downtown Markham have brought breathed new life into the western part of the community, taking full advantage of the many amenities on offer. York joins an impressive roster of award-winning condominium projects in Downtown Markham, all of which have been designed by BDP Quadrangle.

“York Condominiums is just the latest award-winning project designed by BDP Quadrangle in Downtown Markham,” says Bratty, noting that York is the fifth condo development in the collaboration, “It’s been great to work with an architecture firm that is so invested in our community. We look forward to the completion of our next project, Gallery Square.”