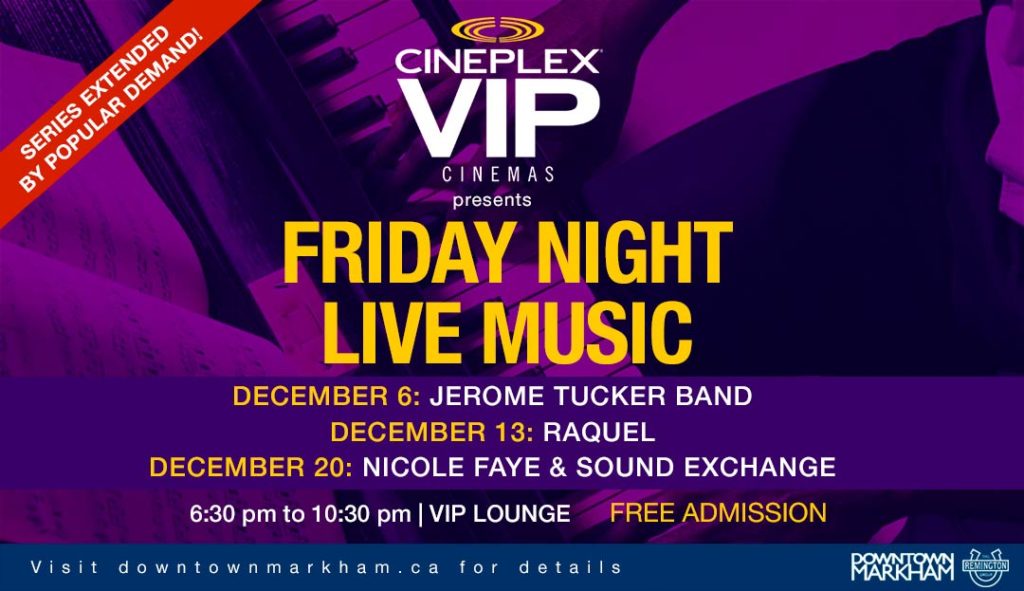 Due to popular demand, the Friday Night Live Music series in the Cineplex Cinemas Markham VIP Lounge has been extended by two weeks!

The Cinplex VIP Lounge, located upstairs in the Origin at Downtown Markham, will host live music each Friday night from December 6 to December 20.

And Downtown Markham will be giving away movie passes and food gift certificates to put you right in the front seat. With movies like Frozen II, Ford v Ferrari, A Beautiful Day in the Neighborhood and Star Wars: Episode IX being released before the Christmas break, there’s no better place to be!

The Cineplex VIP Lounge – the only one of its kind in York Region – features an expansive food and cocktail menu, billiards and big-screen sports, and is open to everyone even if you don’t have a ticket to a movie. From Truffle Fries to Chicken Parmesan Sandwiches, and from draft beer to spectacular Fishbowl Cocktails, the Cineplex VIP Lounge offers so much more than movie-goers are accustomed to. 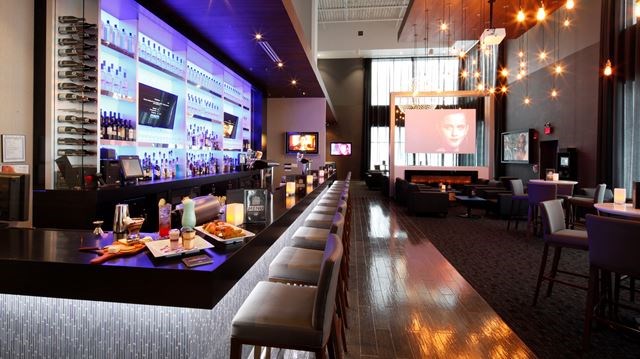 “It becomes more like you’re going in an airplane; it’s first class versus economy, that’s what you’re getting,” said Cineplex president and CEO Ellis Jacob when the first VIP Lounges opened half a decade ago.

And on Friday nights in December, that offering includes live music.

On December 6, one of the most entertaining bands in the Toronto area, the Jerome Tucker Band, will take the stage. On December 13, the multi-talented Raquel will perform, and on December 20, Nicole Faye & Sound Exchange will return, following their fantastic performance on November 22.

Performances run from 6:30pm to 10:30pm and admission is FREE to everyone whether they are going to a movie or not.

Then join us for live music from the Cineplex VIP Lounge on Friday nights!

The impacts of COVID-19 have been deeply felt by a

Stave off the winter chill with a toasty cup of co

The Pride of Canada Carousel is CLOSED for the sea

Stay sane during the latest restrictions while unl

It’s 2022 and many of us are thinking about our