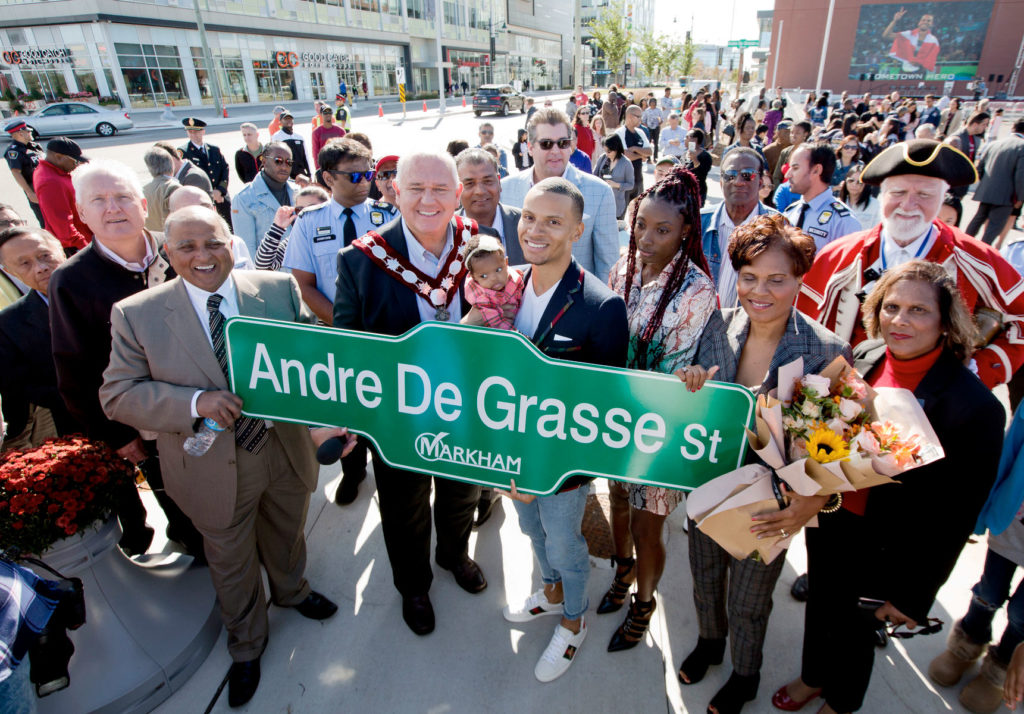 An enthusiastic crowd joined the celebration on September 22nd, 2018, as Andre De Grasse Street was unveiled in Downtown Markham. The Canadian Olympic medal-winning sprinter arrived to the ceremony in style in a vintage red pick-up truck. De Grasse thanked the crowd and his many supporters throughout the years, including his mother, Beverly, and long-time coach Tony Sharpe.

Mayor Frank Scarpitti thanked De Grasse for his service to the community and the guest of honour presented Chris Bratty a signed Andre De Grasse Street sign as a token of his appreciation to The Remington Group for its support at a VIP Reception at the Toronto Marriott Markham following the ceremony.

Watch for him at the 2019 World Track & Field Championships.